Your first bariatric consultation will be bulk billed. Contact us today. *Conditions apply.

Access Bariatrics the new all inclusive Bariatric program from $19,500 for suitable patients.

Ever since The American Bariatric surgeon Walter Pories published a landmark Paper in 1994, “Who would have thought it? An operation is the cure for Type 2 Diabetes Mellitus!”  Bariatric Surgery has challenged the notion that  “once a Diabetic always a Diabetic.”

This paper showed the astonishing results that one of the widely practiced bariatric operations called gastric bypass led to patients getting cured of diabetes in nearly 90 percent of cases. Blood sugar levels stay normal even several years after the operation.

Over the last 15 years a large number of studies have confirmed that there is improvement in nearly all, and resolution in the large majority of obese patients with type 2 diabetes who have had any form of bariatric surgery resulting in weight loss. Usually this effect is quite dramatic and occurs even before a significant amount of weight has been lost.

The resolution rates depend on:

After many years of diabetes the pancreas gland may have become exhausted and even though the  reduction of fat mass restores insulin sensitivity their body may simply not be able to produce enough insulin.

It is recognised that the type of surgery is related to the likelihood of resolving diabetes.

In our own experience of sleeve gastrectomy in over 1600 patients we are seeing over 60% of diabetic patients experiencing complete resolution of their diabetes within 3-6 months. In the majority of the remainder there is improvement in blood sugar control and reduction in medication dosage or requirement.

It is likely however that over time diabetes will return in patients if they regain weight or have further deterioration of the pancreatic reserve.

In 2011 the International Diabetes Federation finally recognised the legitimacy of bariatric surgery in a position statement which declared: “bariatric surgery… can be considered an effective, safe and cost effective treatment for people with T2DM and obesity not achieving recommended treatment targets with medical therapies, especially in the presence of other major co-morbidities.”

Guidelines for offering bariatric surgery to patients with type 2 diabetes

The new guidelines say surgery to reduce the stomach and induce weight loss should be recommended to treat all diabetes patients whose body mass index (BMI) is 40 or over, regardless of their blood glucose control, as well as those with a BMI of 30 and over whose blood sugar levels are not being controlled by lifestyle changes or medication.

Once a patient is diagnosed with type 2 diabetes they face a lifetime of continued drug therapy and slow deterioration in their pancreatic function often leading to the need for Insulin therapy and end organ damage.

The only thing that can turn this prospect around is to effectively and permanently lose weight. Bariatric surgery has proven to be the most reliable and powerful vehicle to achieve this. 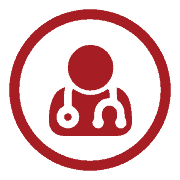 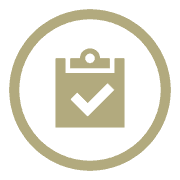 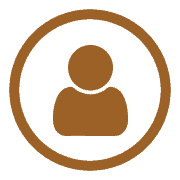 Am I A Candidate?

Disclaimer: Results may vary from person to person.